What makes the Best Spanish Whisky truly unique is that God himself plays a hand creating this amazing place in Spain to distill and age whisky!

What makes the Best Spanish Whisky truly unique is that God himself plays a hand creating this amazing place in Spain to distill and age whisky – over the last 17 years nature has shown the founders of Destilerías Liber were right. This small mountain distillery in Sierra Nevada could probably end up becoming one of the best places in the world due to 5 special reasons.

This story started in 1996 as the dream of 55 Spanish whisky aficionados. It took almost 3 years to build the distillery and get all the permissions in place – even the two still pots were specially designed for Liber and handmade by a local coppersmith from Albayzín. During the construction time the owners were searching for 150+ original Pedro Ximénez casks in Jerez which had sherry wine inside for 20 to 30 years. At any given time Liber only holds a total of 55.000 liters of the rarest, small batch, limited, pure, single cask, single malt whisky 100% made in Spain. This means only a few thousands of bottles from 8-16Y are released annually. As of January 10th 2020 Jan Vistisen, president of the Spanish Whisky Club, became the exclusive worldwide agent of all Liber’s Cask Strength Whisky.

Liber Distillery S.L. was officially established on May 28, 2001 and got the prize “Mencíon Honorífica Especial” in 2010 by the Spanish vice president and is now known as the #BestSpanishWhiskey.com by Spanish Whisky Club. The founders of Liber were looking for a lot of factors to fall into place before buying the land for the distillery. First of all they wanted the best possible water source as whisky is X% alcohol excerpt 0.8% creating the actual “flavor heart” of the young distilled spirit when leaving the second still pot, the rest is water. Therefore, they were analyzing many different water sources and the water used at the Liber whisky distillery is from melted ice of the Sierra Nevada Mountains, filtered over thousands of years and extracted on the border of the national park. It has very similar composition of minerals to the water in the Scottish Highlands – some might say even better. 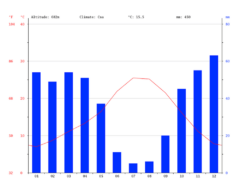 The second most important reason for placing the distillery in Padul is that the distillery’s cellar is 750m above sea level. The 20 degrees difference in cellar temperature between 5 degrees in the winter and 25 degrees in the summer provides the optimal conditions for the cask wood to expand and contract. Outside temperatures are range from sub-zero winters to very hot summers as it is only 30 minutes from Costa del Sol. 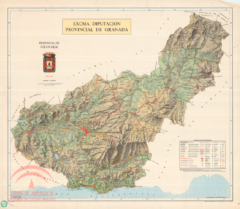 The third reason is the Angels’ Share, the uniquely dry mountain micro climate around the distillery ensures that an even proportion of water and alcohol vaporizes. If the whisky is distilled to 60%, the whisky stays around 60% even after 17 years in the PX cask – the true secret to our outstanding flavor. In Scotland they have to distill at a much higher alcohol percentage, as they lose more alcohol over time. This causes many of the fine flavors to get lost because the higher the alcohol distillation percentage, the closer to natural flavorless alcohol you will be. However, the final flavors in the whisky depends on the cask used. Stuart MacPherson, Master of Wood at The Macallan wood the “single most important factor in creating a whisky’s character, since up to 80% of its final flavor comes from the cask.” At Liber in Padul we see a more fair play happening between the wood and the whisky at cask strength.

Liber’s annual Angels’ Share is maximum 4% (or approx. 2000 liters per year). The loss must be measured every 3 months and reported to the tax authorities, the biggest loss is 1.4% measured by end of September after the hot Spanish summer and the smallest loss is 0.7% by end of March after our cold mountain winter. The distillery is on the lower western slope of Mulhacen – at 3479m it is the highest mountain in Western Europe and with plenty of skiing here in the winter! As the whisky stays around 60%, it can be aged indefinitely, whereas in Scotland the ABV is constantly falling and will eventually fall under 40% as they lose 0.2 to 0.8% ABV annually from their casks.

The fourth, and maybe even magical reason, is the seismic activity in this specific mountain area. Those who have visited the Dominican Republic have seen local rum distilleries driving their rum barrels around on heavy armed trucks to create movements of the spirit inside their barrel. These movements are epic because the contact with the wood is essential to good spirits. Other producers sail their spirits around the world to get the similar movements from the waves of the ocean. On the other hand, we do not have to do anything to achieve this effect, nature is again on our side. But in 2017 Mother Nature got a little too excited 10 kilometers from Padul. As you can see from the pictures on page 11, on the night of July 31, 2017 a small 3.9 earthquake damaged one of the lower casks in our cellar causing all the whisky run out. It was confirmed by a letter from the Padul Town Hall (picture to the left) for insurance purposes, but we had to build strong metal support around the damaged cask No. 52 to support the weight of the higher casks. Fingers crossed this will not happen again!

This brings us to the fifth and final reason; as described in many whisky journals and other publications, the demand for Pedro Ximénez casks from Scottish producers has been so extreme that no PX sherry casks exist on the open market. Therefore, many distilleries are resorting to simply seasoning new oak casks with sherry before filling them with their spirits, whereas Liber have original old PX casks. Learn more about “How Sherry Became the Secret to Great Scotch”.

The internationally renowned Scandinavian whisky expert Magnus Fagerstroem visited Liber and tasted 73 single casks over 8 years old (about 50% of the total amount of casks in the cellar) to assist Jan Vistisen in selecting the best Single Casks to be bottled in the next 12 months. Learn more about Magnus Fagerstroem.

SWC only bottle non-chill filtered cask strength. All our whiskies are 100% natural color and each is very different. We have a 12 year old which is much darker than some of the 13-17 year old whiskies, as each cask interacts differently. Spanish Whisky Club clearly states on our handwritten labels whether it is first or second fill. 95% is first fill so there is a long way to third fill in these casks. We will also state in the future if the whisky has been “Double Wood Aged” with a few extra years in old used Cognac casks, but this is only related to a few 18 year old casks to be released later.

You are more than welcome to visit our distillery and experience it for yourself by trying these amazing whiskies directly from the casks! We accept whisky clubs, aficionados groups and cigar lovers up to 12 persons. The tasting includes our “White Dog” raw spirit plus 10 x 15ml, all 8-16 years old non-chill filtered from single cask single malt’s at 60% casks strength, it also includes cold food like tapas and mountain ham plus coffee and water. The tasting takes approx. 3 hours. We can help organize your pick-up and transfers to Malaga Airport. 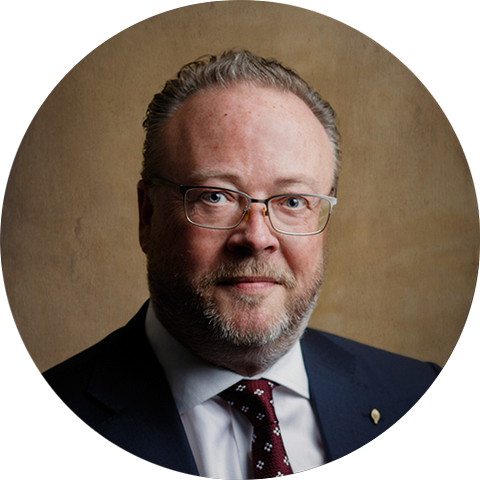 Spanish Whisky Club is a registered trademark in Spain No. M4033786. SWC was established by a group of local and international whisky aficionados in Marbella on December 27, 2019. Spanish Whisky Club is open to anyone with interest in whisky and the membership is free for the first 100 members. Our club’s #1 activity is to elevate the international image and knowledge of Spanish whisky, but we welcome all types of whiskies and whisk(e)y lovers in our club since you preferred whisky is as good as mine no matter the price!

Just send an email to info@spanish-whisky.com

To guarantee the highest quality, there are 3 rules for using our SWC logo

The whiskey must be single malt, single cask, non-chillfiltered and bottled at cask strength.

Only 100% natural color allowed. A representative of SWC must be present during bottling.

To the best of our knowledge, the only distillery in Spain so far distilling pure single malt whisky for many years is Liber S.L. in Padul. They also sell it chill filtered under other private labels at max 45% ABV. (due to SWC’s exclusivity over 46%). Most other whiskies bottled in Spain are either imported young Scottish whisky, sometimes aged in Spain or local column distillate aged for blended whiskies.

Special offer to aficionados & whisky clubs around the world

Spanish Whisky Club are the only one in Spain to offer small private 40 liter casks of the finest “white dog” 60% raw spirit for only EUR 2950,- per cask incl. ageing 3 years* in Liber’s cellar. This single malt is distilled from the finest Spanish barley mix of 40% SHAKIRA, 20% HENLEY and 40% PEWTER and is fermented for 4 days using the best BAYANUS yeast recognized by the Pasteur Institute in Paris for its superb qualities. We offer different cask woods to choose from. The price include bottling, annual sample and all Spanish taxes. You are welcome to visit and follow the entire distillation process and seeing your cask being filled. *Additional ageing and double wood finishing are optional at a premium.

What’s the difference between Single Malt and Blended Scotch?
It’s like comparing Apples to Oranges…

Part of the SWC’s MasterClass is to educate beginners and aficionados not only about Spanish Whisky, but also to clarify some confusions about whiskies from around the world. Here are a few guidelines:

“The Kings” if to use such term, are the single cask whiskies sold by the distilleries or independent bottlers, who have specialist tasters visiting distilleries around the world to try each single cask under maturation. Everything else is blended whisky! Only single casks are recognized investment objects as they are becoming extremely limited compared to total amount of bottled Scotch. Some distilleries are now making Non Age Statement (NAS) blends even more expensive than single casks. This is a marketing concept copied directly from Cognac after demand outstripped supply of old “Millésimés” certified single casks.

As of 2019 there are 77 local whisky distilleries in France according to their association www.whiskydefrance.fr – Please note that “TRIPLE MALT” is an artistry non-official classification used in France. It simply means that 3 malt whiskies from 3 different distilleries has been blended together.

Very relaxed rules due to Japan’s loose regulations governing whisky which permits blends of imported and domestic whisky to be sold as being ‘Japanese’, and allows ‘whisky’ to be used as a term for a spirit made with as little as 10% whisky blended with any neutral spirit. Check with distillery!

As of 2019 most “Spanish” whiskies are either imported blended bulk whisky from Scotland, sometimes aged additionally before bottled in Spain, or its local column still and not always from 100% Spanish barley fermented and pot stilled in Spain (one of our SWC rules), the latter is of course a much more time consuming and costly process only few Spanish distilleries have yet the expertise to handle.

There is no definition of the term “single” with relation to whisky in the law and some American whiskey advertised as “single malt whisky” is produced from malted rye rather than malted barley, but more and more American distilleries are following Scottish rules to make pure single malt whisky and established its own Commission in 2016.

During the SWC MasterClass we will also address the huge difference between Column and Pot Stills.